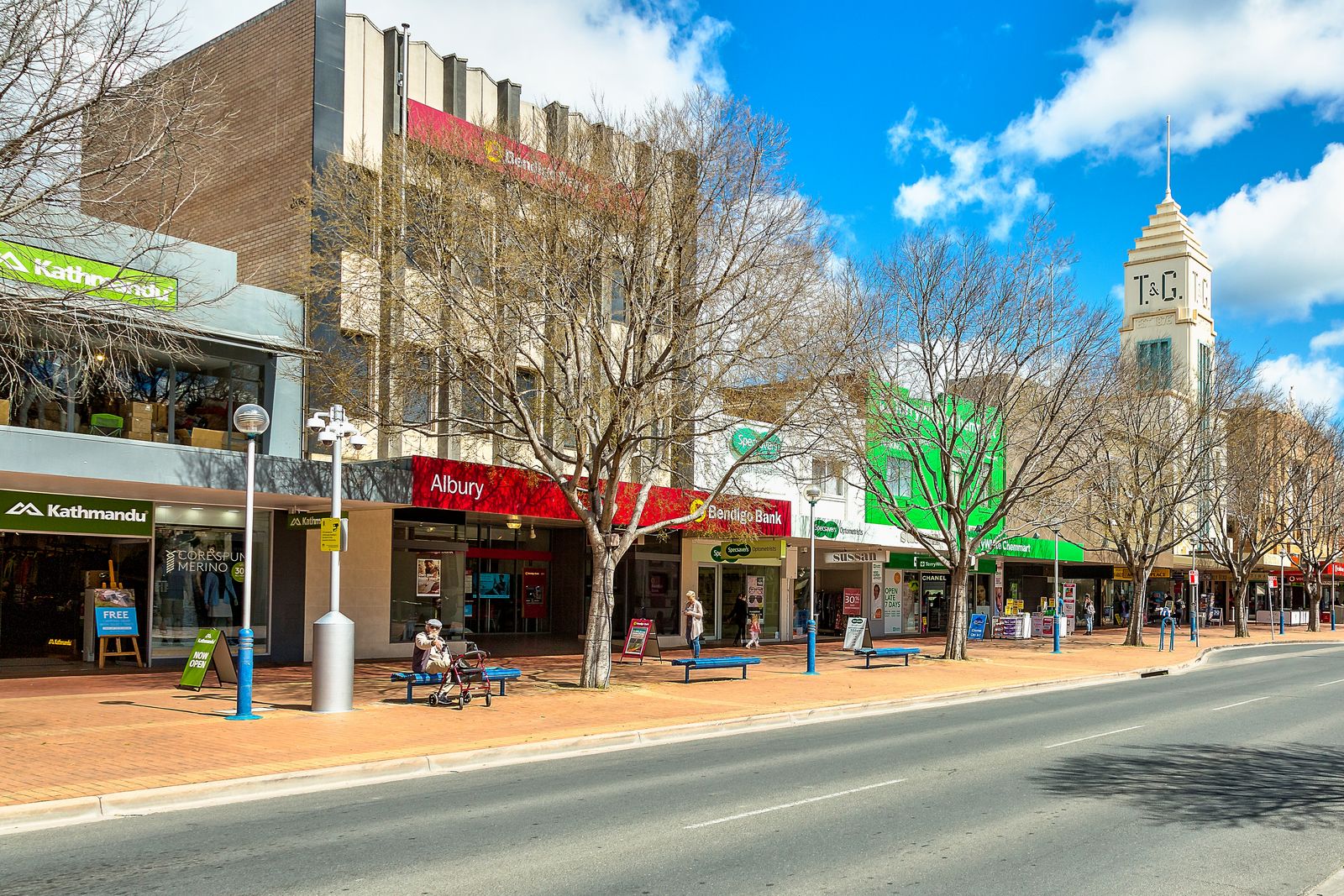 THE Bendigo Bank building is the latest prominent central Albury property to be sent to auction with a sale price of more than $2 million being targeted.

The three-level building at 531 Dean Street will be attractive to investors with the Bendigo Bank recently signing up on a five-year lease with a further lease option to 2026.

It presently pays an annual rental of $140,000 with the ground and first floors refurbished four years ago.

Agents Burgess Rawson & Associates and L.J. Colquhoun Dixon have been appointed to sell the property at Melbourne’s Crown Casino on October 24.

“It has been a bank building for the better part of more than 50 years,” agent Rick Silberman said.

“We are expecting to sell the property for about $2.25 million.”

In the 1950s, the building was occupied by the Rural Bank of NSW which was later renamed the Colonial State Bank in the early 1980s.

The Commonwealth Bank purchased all Colonial State’s branches in 2000 and absorbed staff into its own branches with the Albury branch at 531 Dean Street closing a year later.

Almost a year later, Bendigo Bank moved into the building opposite QEII Square after previously operating from Centrepoint.

Its present owner lives in Bendigo with the bank initially buying the building before on-selling on a lease-back deal.

Meanwhile, Burgess Rawson and LJ Colquhoun Dixon will also be offering another two properties at the same auction event in Melbourne.

They are a childcare centre in Moorefield Park Drive, Wodonga with a 10-year lease and level one of Florin House in Smollett Street, Albury, leased to a federal government department to 2025.

Florin House is located next door to the former ATO  building.

The Good Guys store in Young Street recently sold for $5.175 million and the former Termo pub site also sold this year for $6.6 million.

A childcare centre on the corner of Macauley and Hume streets has also sold in recent times after being passed in at auction for $4.2 million.