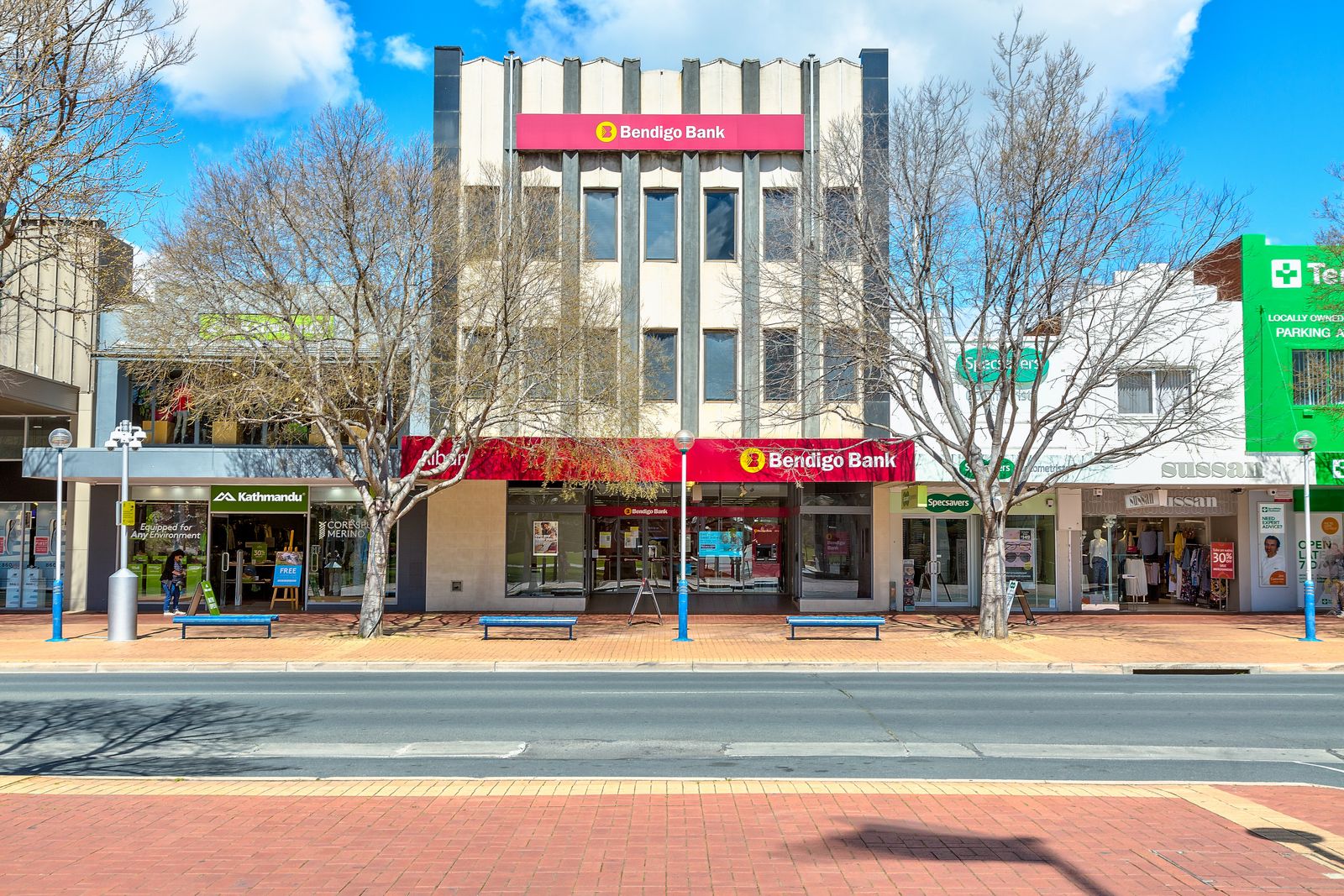 BIG BUCKS: The Bendigo Bank building in Albury was sold for $2.9 million to a Sydney based investor

TWO Central Albury properties including the Bendigo Bank building in Dean Street have sold at auction for a combined $8 million.

The bank building was sold for $2.9 million – $600,000 above the reserve – to a Sydney-based investor, but an even better result was realised for level one of Florin House in Smollett Street.

It was sold for $5.1 million after a government department signed up on a seven-year lease earlier this year.

The properties were offered for sale in Melbourne yesterday with Burgess Rawson & Associates and L.J Colquhoun Dixon acting as conjunctional agents for the respective vendors.

The three-level Bendigo Bank building had been owned by a retired chemist from Bendigo.

The bank had recently signed up on a further five-year lease with an option to exend to 2026.

Florin House, located next foor to the former Australian Taxation Office, was developed by John Mee and Glen McCabe in the mid-2000s.

They owned level one along with Glenn Thurlow with the new owners being farmers from Cobram.

A childcare centre in Wodonga was passed in for $2.6 million yesterday.

“The market is very, very strong at present”, he said “It’s the strongest commercial real estate investment market has ever been in Albury-Wodonga”, Mr Dixon said.

“It is recognition of Albury-Wodonga being a strong regional centre.

“There’s a lack of good investment property for sale in the region, hence the strong sale prices”.

The Bendigo Bank building has been home to a bank since the 1950s when it was occupied by the Rural Bank of NSW which was later re-named the Colonial State Bank in the early 1980s.

The Commonwealth Bank purchased Colonial State’s brances in 2000 and absorbed staff into its own brances.

Bendigo Bank moved in during 2001 after previously being in Centrepoint.