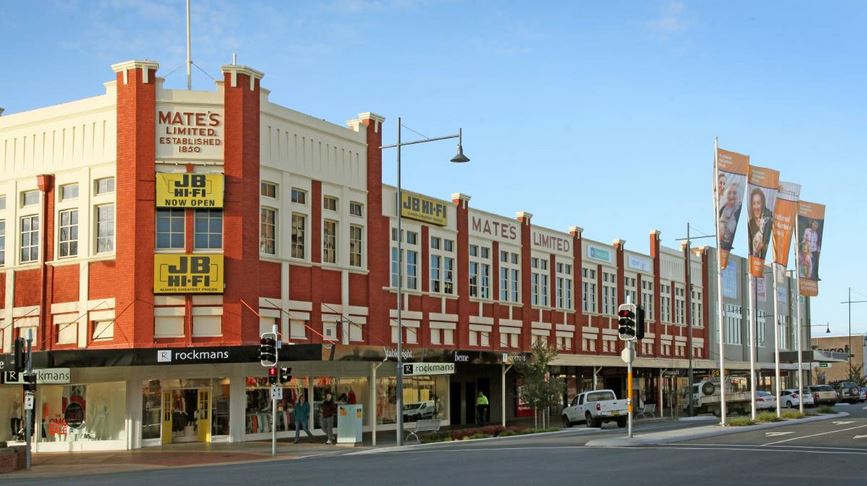 ELECTRICAL retailer Bing Lee will have an increased presence in the twin cities when a second store opens in the Mate’s Building in central Albury in October.

Bing Lee will occupy a 539 square metre tenancy on the ground floor of the Mate’s Building which was extended to lure other retailers Harris Scarfe and Store and Order.

Crowe Horwath Property Securities, which manages the Mate’s Building on behalf of a local syndicate of owners, confirmed the addition of Bing Lee on Friday.

“It is important that we source the right tenants for our syndicates,” Crowe Horwath senior manager David Baird said.

“We are excited that Bing Lee has agreed to come on as a strong retail tenant which will complement the existing retailers in Mate’s.”

A development application for the Bing Lee store has been lodged with Albury Council and once approval has been granted fit out will start.

“Bing Lee now fills the retail space of the new extension and enriches the retail market for our region,” Mr Baird said.

“This achieves one of the objectives of the Mates building syndicate.

“The syndicate, consisting solely of local investors, purchased the building with the vision of developing it to enhance the retail footprint of the Albury-Wodonga region.”

The Mate’s Building was sold to the local syndicate in 2011 after being passed in at auction for $13 million.

The building’s upper level had been vacant since the mid-1980s when partly occupied by Venture.

Harris Scarfe and Store and Order opened in late April.

Crowe Horwarth are also in negotiations with a replacement tenant for the shop previously occupied by Dusk.

Bing Lee was started in Sydney in the mid-1950s and Wodonga was its first store to open in Victoria.

It has more than 40 stores in NSW and a reported annual turnover of more than $480 million.

Bing Lee employs around 15 people in its Wodonga store, but staffing levels for the Mate’s Building store haven’t been confirmed.

Lease details also have not been released.

Bing Lee moved into the space at the Wodonga Homemaker Centre previously occupied by Warehouse Sales before its sudden closure in late 2013.

Warehouse Sales was one of the original tenants of the Homemaker Centre when it opened in 2008.

Anthony Cowan is the manager of the Wodonga Bing Lee store.

Meanwhile, Genesis is opening a 24/7 gymnasium at the Homemaker Centre in the space previously occupied by The Bed Shed.