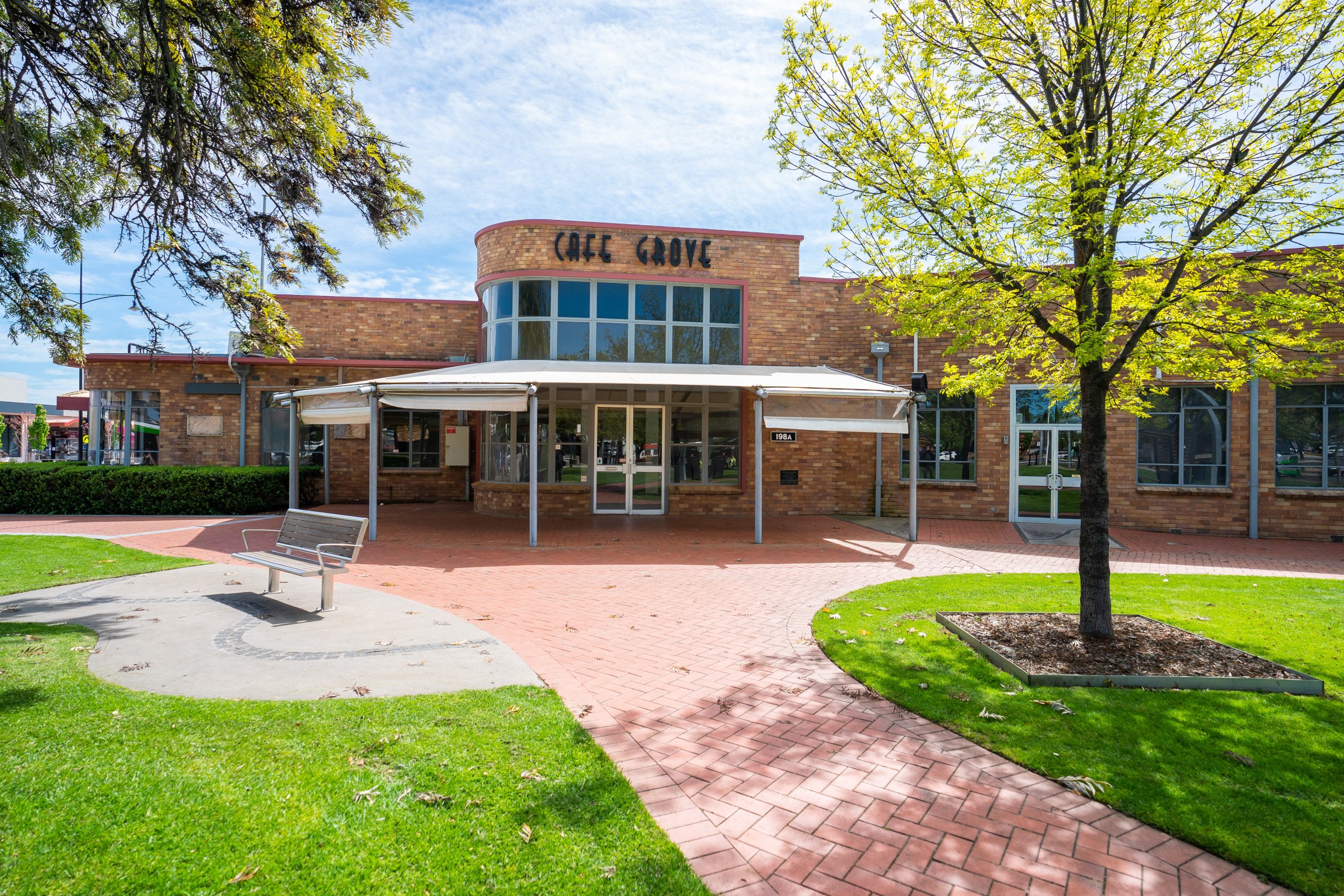 Cafe Grove building in High Street, Wodonga goes under the hammer next month

Wodonga’s Cafe Grove building is hitting the market in a far more buoyant environment than its demise as one of the city’s well known eateries.

The High Street property jointly owned by the Crown and Wodonga Council will be auctioned on November 19 by agents, L.J. Colquhoun Dixon.

The auction date will be close to the two-year anniversary of the business closing due in part to a downturn in trade from roadworks at the southern end of High Street.

“There will be a lot of interest from developers, owner occupiers, investors.

“It is a significant building in Wodonga being the former council chambers.”

Wodonga Council owned the cafe part of the site with the balance managed by the Department of Environment, Land, Water and Planning on behalf of the Crown.

The sale of 198A High Street includes Crown land and also freehold land.

Wodonga Council first discussed the potential sale of its part of Cafe Grove in May last year.

The Cafe Grove site, constructed by Albury builders Chicks in the 1950s, served as the council offices before the move across Hovell Street to its present headquarters in 1976.

Following the council’s relocation the site was initially used as government offices before being converted to a cafe with an adjoining function room.

Meanwhile, more than 30 enquiries have been made on a major development site in the Albury CBD ahead of an auction being conducted by L.J. Colquhoun Dixon on Friday.

Two vacant, dilapidated buildings and Abikhair House at 481-487 Swift Street near Myer Centrepoint are being offered as a whole.

Once the site of Wodonga’s oldest pub, the building was demolished before the onset of COVID-19 last year.

On the rural scene, a 91 acre property on the Murray Valley Highway near Tallangatta was passed in at auction on Thursday for $800,000.

Valley Views was promoted as a large lifestyle block with stunning views in the lead-up to the auction conducted by agents Paull & Scollard-Nutrien.

The same agents are selling Glenora, a 683 acre property at Jindera, on Friday.