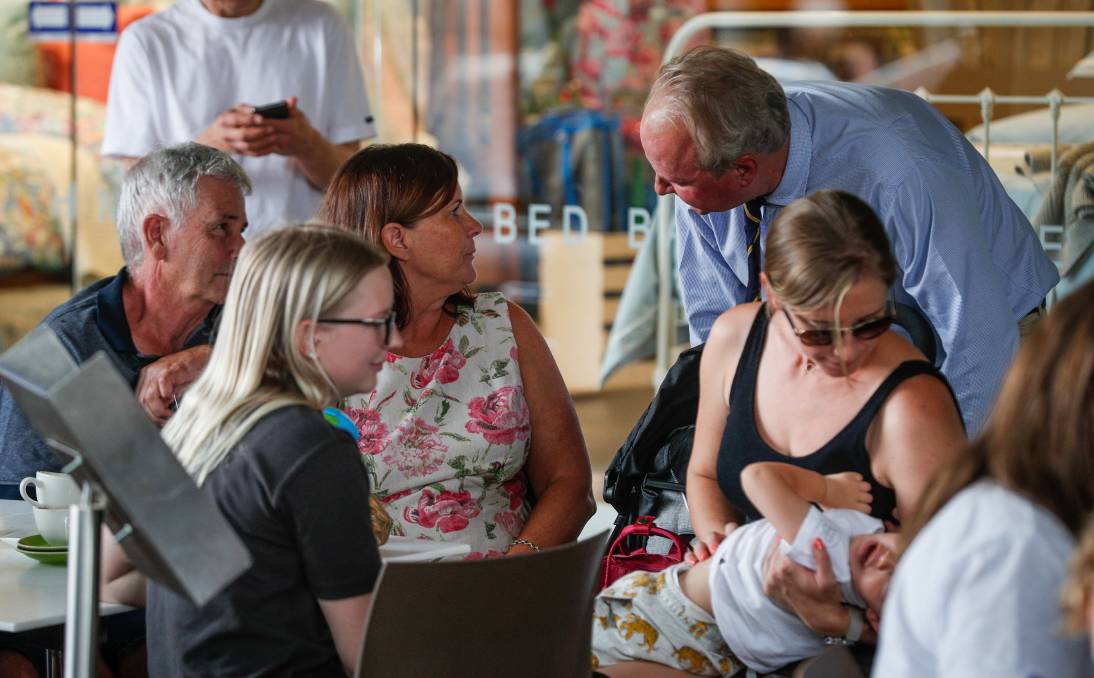 THE recent run of successful Dean Street property sales has flowed into the new year with the building which is home to one of Albury’s best known eateries selling at auction yesterday.

The Green Zebra building, which also has an upstairs apartment, was sold for $730,000 at the auction conducted on site at 484 Dean Street by agents, L.J. Colquhoun Dixon.

It was sold to a local investor, who didn’t attend the auction, but had another Albury CBD businessman, Bob Toal, bidding on his behalf.

The auction began sluggishly with auctioneer Andrew Dixon submitting a vendor bid of $650,000 before Mr Toal and Mario Riccardi vied for the property.

They traded bids until Mr Toal emerged victorious with a final offer of $730,000.

“It was a very solid result,” Mr Dixon said.

“Over the last 12 months there has been some great results in Dean Street and prior to that there had not been a lot of properties sold.

“Those who own property in Dean Street would certainly be thinking about taking advantage of a strong market.

“The interest is still coming from locally and out of town with the recognition Albury-Wodonga is a strong regional centre.”

Susan Barsby and family have owned the building for about 30 years with the current Green Zebra operators still having three years to run on their existing lease.

The former Albury ambulance station building selling for more than $1 million late last year capped off a string of successful sales in Dean Street and other central Albury locations.

It was sold to the Arnold family by agents Stean Nicholls, which was also successful in selling the T&G Building, also in Dean Street, for more than $3 million.

The T & G Building had been held by its former owner for almost 40 years.

There are also unconfirmed reports the Globe Building on the corner of Dean and Kiewa streets also sold late last year.

The Commonwealth Bank building in Dean Street – located next door to Green Zebra – remains unsold after being passed in at auction late last year for $3.5 million.

The Bendigo Bank building in Dean Street was also sold last year for $2.9 million – $600,000 above the reserve – to a Sydney-based investor.

Meanwhile, a shed in Urana Road, Lavington was passed in at $300,000 in another auction conducted by L.J. Colquhoun Dixon yesterday.

It has been listed for private sale.