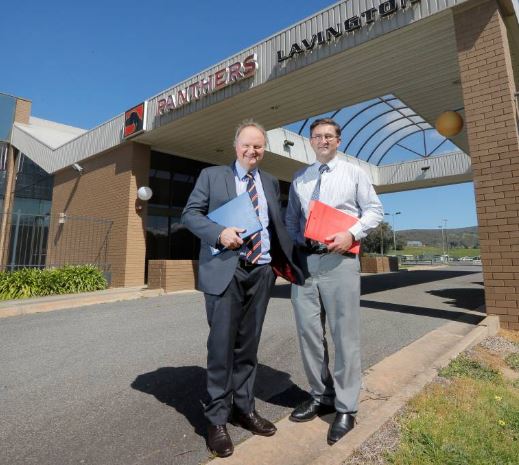 LAVINGTON Panthers Sports Club has been sold to a mystery Border-based investor for an undisclosed price.

After being on the market for close to two and a half years, the successful purchaser, who wants to remain anonymous at present, has snapped up a bargain with former owners, Penrith Panthers, eager for a sale.

Agent Corey Finlay from LJ Colquhoun Dixon, said he was unable to reveal the identity of the new owner or the sale price.

But it’s understood the final amount was well below the asking price of $1.5 million for the building and associated 4.8 hectares of land.

Albury Council achieved a similar good deal when it bought the Lavington Oval from Panthers in 2009 for just $1.2 million.

Since closing midway through 2014, the council has still been able to use carparking around the former sports club site for major events and has an agreement in place for the AFL practice match in March.

“My understanding is they plan to use the existing building and make whatever changes need to be done,” he said.

Future plans will be the subject of development approval from council.

Lavington Bowls Club is keen to learn whether it has a long-term future on the site.