EDM Group base in Wodonga sells at Auction for $1.61 million 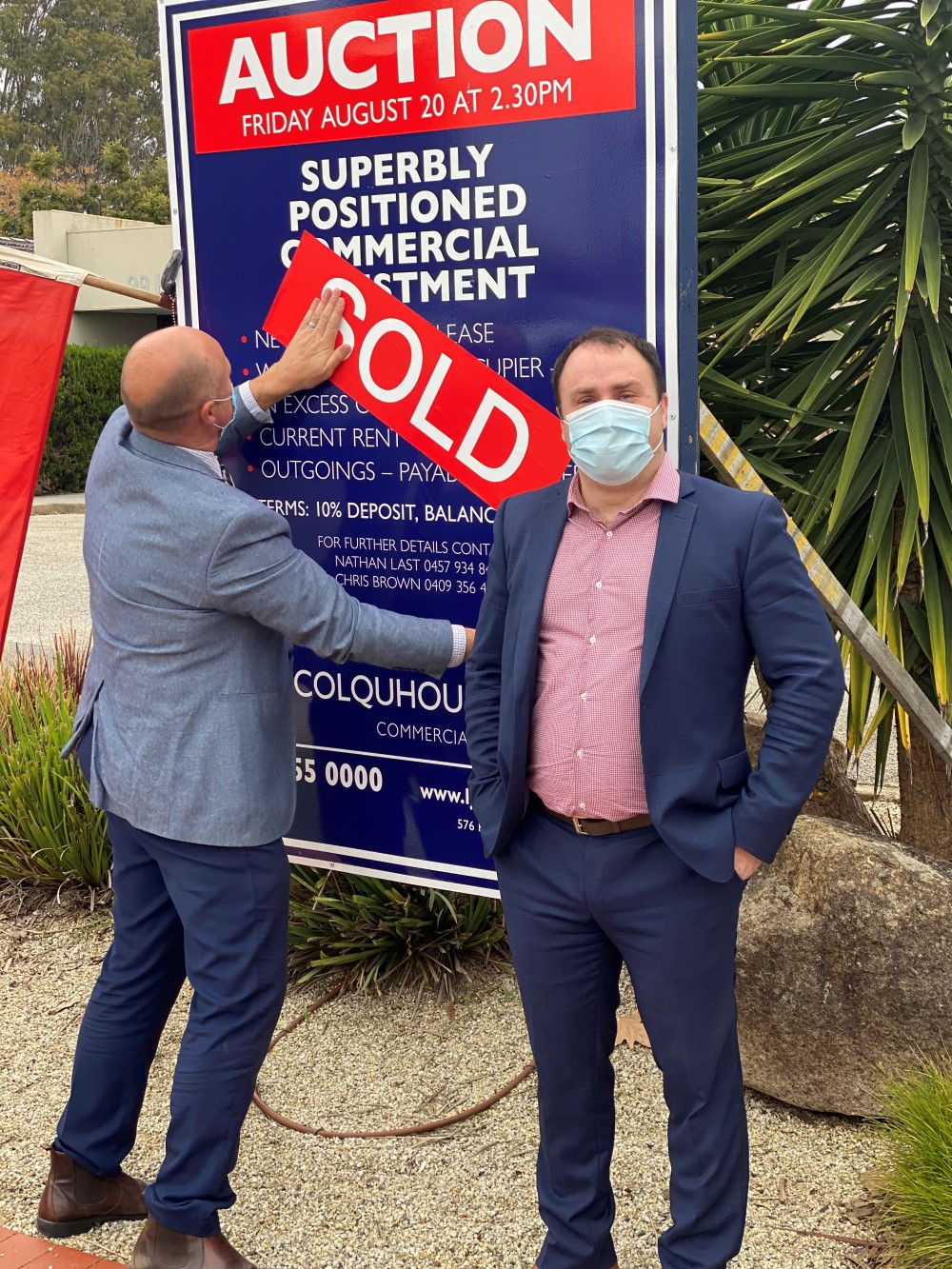 A central Wodonga commercial building occupied by town planning firm EDM Group sold at auction to an interstate buyer for $1.61 million on Friday. The company, which has existed under previous names including its predecessor Fisher, Armstrong & Windsor, has operated from 99 Hume Street for more than four decades.

Present general manager Brendan Windsor and former employees Peter O’Dwyer and David Larkin owned the building before deciding to put it on the market with a fresh five-year lease deal with EDM Group to remain at the site.

Agents L.J. Colquhoun Dixon conducted the auction onsite with strong bidding from four parties before a Sydney-based investor participating via telephone emerged as the successful purchaser.

He owns other property in Hume Street.

Bidding started at $1.25 million before being declared on the market at $1.45 million by auctioneer Andrew Dixon.

“The property sold very well and certainly exceeded our expectations,” he said.

“It’s why you offer for property at auction.

“It is the most transparent way, fair for vendors, fair for buyers.

“We had four willing and anxious buyers here today.”

The business name was changed to EDM Group 16 years ago when Mr Larkin, who owned a business called Civentech in Yackandandah, and Mr Dwyer, a senior town planner at Indigo Shire, came on board.

Mr Larkin was the first to retire from the business several years ago followed by Mr Dwyer on June 30.

“Basically both of us didn’t have an interest in maintaining commercial property,” Mr Dwyer said.

“It was a good outcome and a little bit better than expected.

“While there are lots of things for sale in Albury it doesn’t appear to be the case in Wodonga.

“But this is a pretty well placed building with a good tenant and just shows there is a strength in the market place over on this side of the river.”