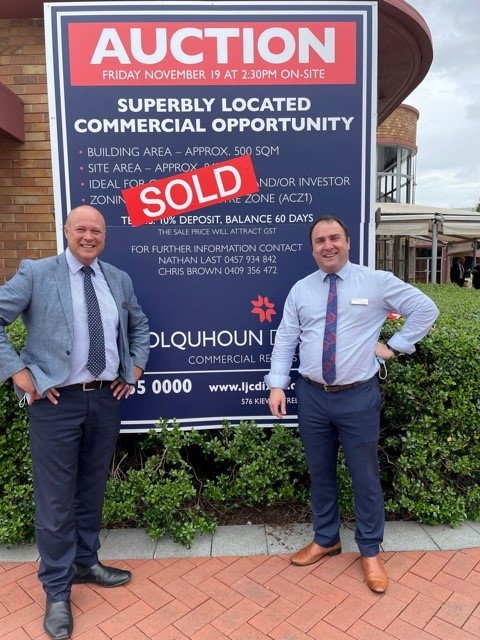 WODONGA’S former Woodland Grove council chamber is to become a youth service hub after selling for $1.525 million at auction on Friday.

The site, most recently home to Cafe Grove, was bought by Junction Support Services.ADVERTISING

The government-funded not-for-profit organisation is the largest youth support agency in the North East with a particular focus on homelessness assistance.

Junction’s community development manager Rachel Habgood said the service had desired a community youth space for a couple of years and the building was ideal, given the central location and nearby bus stops.

The 843 square metre property was put up for sale by the Victorian government although Wodonga Council held the freehold.

That means a 60-40 revenue share from the sale price for the state and the city.

The site’s auctioneer Andrew Dixon, of LJ Colquhoun Dixon, sought an opening offer of $1.5 million before putting up a vendor bid of $1.3 million.

A representative for Junction then pledged $1.325 million before Mr Dixon said it was below the reserve price and then passed the property in.

Following discussions, a short time later a deal was reached and sale documents signed off in the presence of a Treasury representative and Wodonga Council chief executive Mark Dixon.

A bunch of council staff and members of the Conway and Toole families, former long-standing High Street retailers, attended the auction.

Ms Habgood said the lack of competition for the property was unexpected.

“We went in there hopeful, but not with our heart set on anything and we were surprised to secure and having a place so central means we can really give back to the community,” she said.

Junction chief executive Megan Hanley is excited about the future of the building.

“This space will offer a place for young people and community members to connect, and uniquely positions Junction as a key member of the health and community support network centrally within the Wodonga community,” she said.

Some Junction staff will shift across town from its Melbourne Road office to Woodland Grove and a social enterprise cafe may emerge.

Modifications will be done on the 1950s edifice before it opens as a youth base sometime next year.

The feedback of young people will go into the design.

Mr Dixon said the outcome was “a good result for the vendor and purchaser”.

Earlier on Friday, a house in South Street, Wodonga, just west of High Street and opposite the Albury Wodonga Community College failed to sell at auction.

The three-bedroom property was passed in after a vendor bid of $700,000.

Selling agent Will Bonnici, of First National Real Estate, said discussions with genuine bidders would occur over the weekend and if unsuccessful the property would return to the market on Monday.

The house is an area that has a commercial-related zoning, making a redevelopment appealing.

It is on a block equating to 674 square metres and neighbours a hair salon.