Former Dean Street Bank in line for major change of use 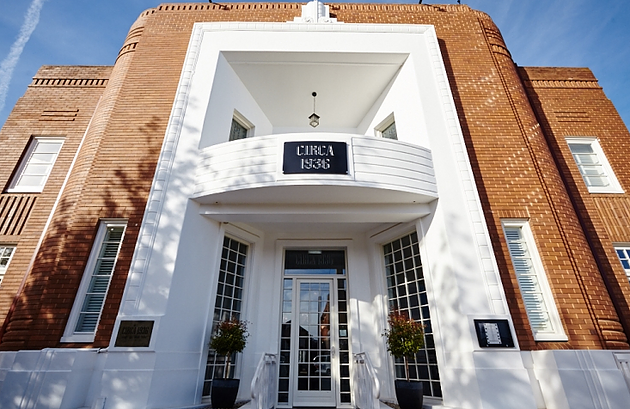 A LANDMARK Dean Street property which has sat idle in recent times is poised to be transformed into a day spa and accommodation.

A development application has been lodged with Albury Council by the company behind similar successful ventures in Corowa and Wagga.

The heritage listed former Commonwealth Bank building at 590 Dean Street was most recently occupied by a Bonds outlet clothing store before it relocated to West End Plaza last year.

Circa Hotels Pty Ltd is the company behind the $200,000 proposal which will include converting the existing first level offices and boardroom into two luxury hotel suites and a third residential unit with a day spa and and tea lounge on the ground level.

The building owned by Albury businessman Geoff Wright was constructed in 1929 and pre-dates the former Corowa bank building (1936) also converted to luxury accommodation and day spa.

The Albury venture is expected to employ two full-time staff and five casuals.

“The existing property will remain relatively unchanged upon its change of use,” the development application states.

“Being one of the oldest remaining buildings in Dean Street, and being heritage listed, it actually sets a benchmark for style, size and appearance.

“The proposed development and its corresponding upgrade will by its nature enhance the degree of aesthetic appeal.”

It also has the backing of Destination NSW which has highlighted the need for this type of accommodation offering in Albury in a recently announced destination management plan.

The Corowa property was recognised at last year’s NSW tourism awards in the luxury accommodation category.

“The integrity and historical importance of this (Albury) building cannot be underestimated in its ongoing purpose,” the application states.

“The exterior of the property will not change after its adaptive re-use.

“It’s unfortunate that over the last two decades almost all of the heritage features of the property have been destroyed or removed.

“It makes us even more committed to ensure that those few remaining features are highlighted and all other alterations occur in a way that does not detract from those recognised heritage features and values.”