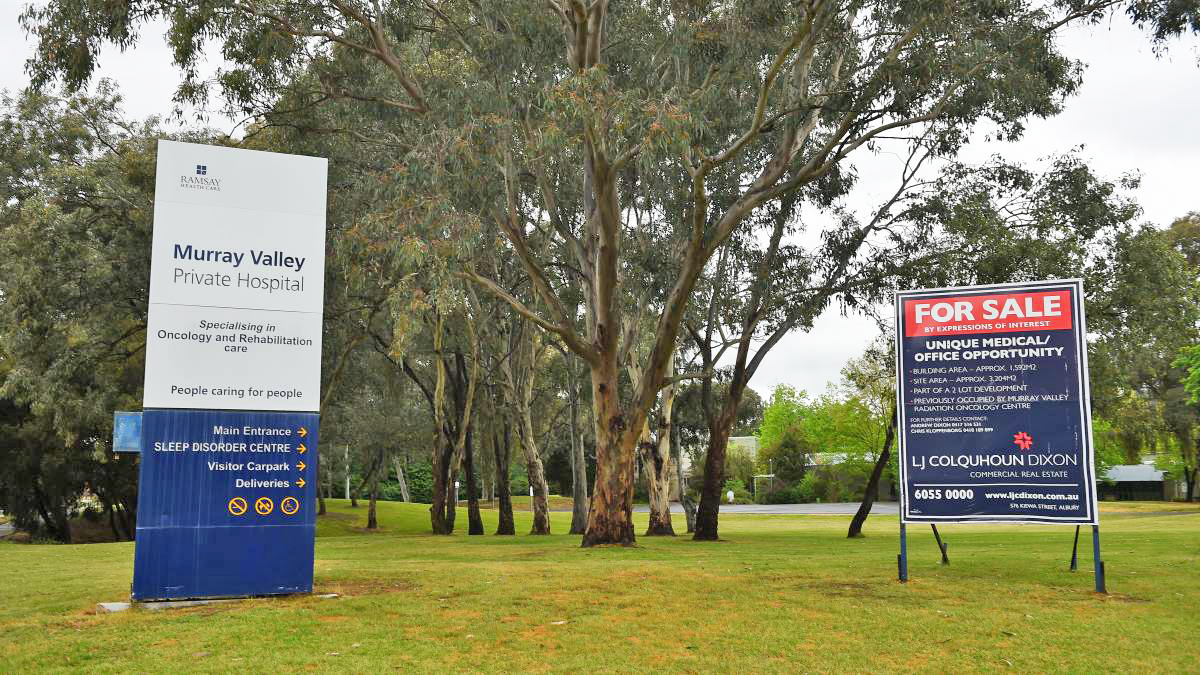 PICTURED: Suite 6 of the Murray Valley Private Hospital in Wodonga is for sale.

The building formally occupied by the Murray Valley Radiation Oncology Centre has been put on the market.

Suite six of the Murray Valley Private Hospital has been empty since GenesisCare moved its staff to the Albury Wodonga Regional Cancer Centre at the end of 2016.

Genesis has occupied the oncology centre, which was the first of its kind in Australia, since 1998.

At that time, the organisation was then known as East Melbourne Radiation Oncology.

The centre was purpose-built as a radiotherapy clinic, in part of the building formally known as Clyde Cameron College.

“There are consulting rooms, a reception area and treatment rooms, plus normal amenities,” he said.