Gateway to a tourism mecca in Twin Cities 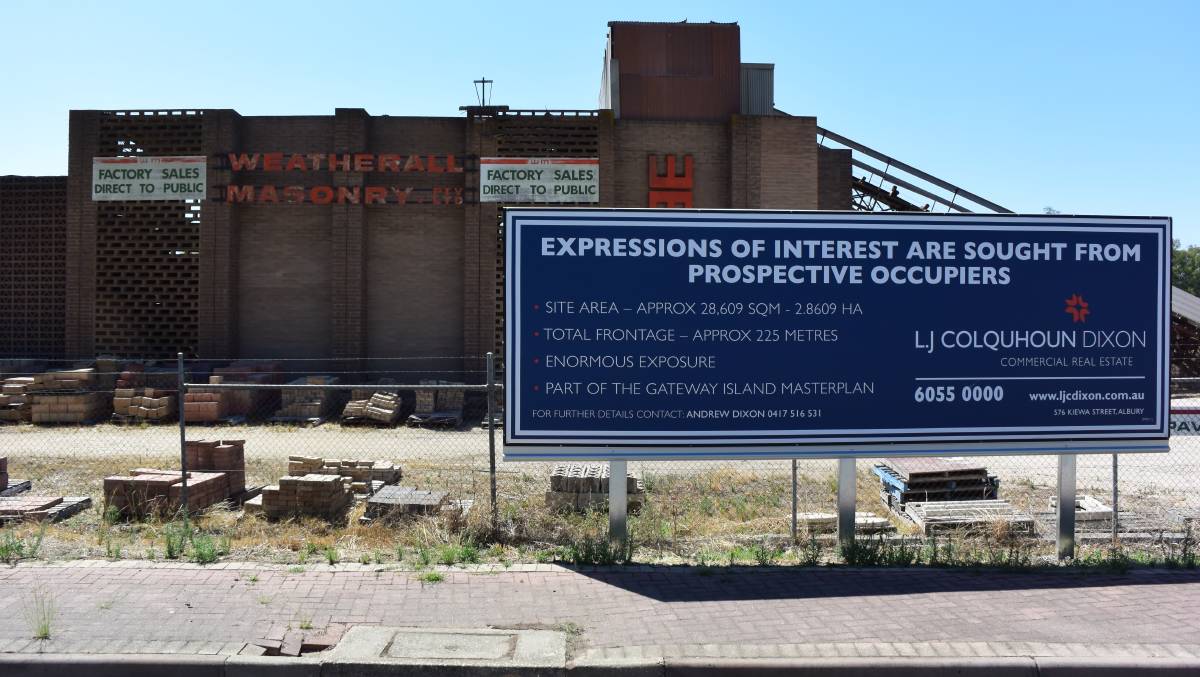 ROLLING THE DICE: Businessman Tom Weatherall is hoping to flush out some “prospective occupiers” for a site on Gateway Island he hopes can be developed into a major holiday park.

The old brickworks was opened by his late father Vyv in the early 1960s, but more than five decades later Mr Weatherall is bullish about the site’s prospects with a totally different use.

His vision of a major tourism caravan park was first revealed in 2017 and late last year the latest master-plan for Gateway Island was ticked off by Wodonga Council.

Mr Weatherall has engaged commercial real estate agency, L.J. Colquhoun Dixon, to run an expressions of interest for “prospective occupiers” of the 2.8 hectare site with Murray River frontage with no set deadline.

“We want to find out what interest is out there,” he said.

“We want to play a part, but I’m not going to do something on my own that doesn’t have the broad support of the right people.

“If it doesn’t stack up financially it is doomed.

“My view is that Albury-Wodonga, the causeway and tourism are totally inextricably linked.

“If Albury-Wodonga wants to have a serious tourism profile the place that it will occur is on the causeway.

“Albury and Wodonga councils, in particular, need to join forces irrespective of where the boundaries on a state basis are to facilitate that to occur.”

Mr Weatherall said the chances of the two councils coming together and making something on Gateway Island had never been stronger given the Two Cities, One Community initiative being strongly promoted by mayors Kevin Mack and Anna Speedie. “In the 27 years since I came back to Albury-Wodonga, I’ve never seen the two councils more co-operative and in-sync.

“Here is an opportunity to set aside boundaries to do a development that would be for the absolute betterment of Albury-Wodonga with mutual benefits.

They include the holiday park facilities starting with low cost options and developing the product to include cabins and glamping as an eco-tourism option and land and water-based adventure park facilities, but not major theme parks.

All proposals are subject to flood and fire risk assessments and North-East Catchment Management Authority retains a major say in what development takes place on Gateway Island.