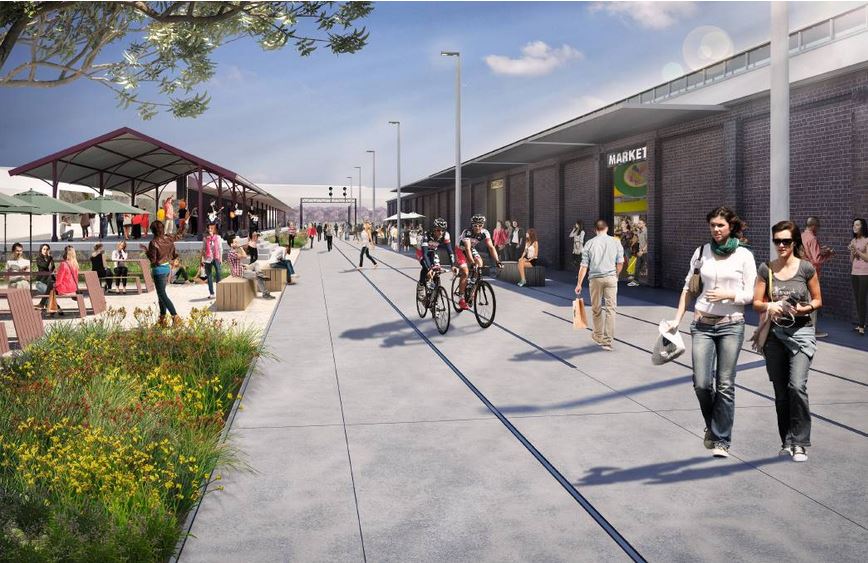 THE Promenade area in Junction Place will be the first upgraded under Wodonga Council’s $10 million federal government funding windfall.

The Promenade is located between the former station building and Goods Shed on the land owned by Places Victoria.

Wodonga mayor Rod Wangman said it had taken priority because Places Victoria had locked in tenants for the station building and Goods Shed.

Cr Wangman said the funding documents would be signed with the federal government in “coming days”.

“We’ve got development there ready to happen,” he said.

“Their expectation is that will be ready sooner rather than later.

“We are then ensuring the punch through of Havelock Street and also re-working of South Street are taken in concert with our community.

“We don’t want to see any disruption that is unnecessary to our traders or the people who use and live in those streets.”

Wodonga Council secured the $10 million from the first round of the National Stronger Regions funding round.

Cr Wangman confirmed the council would be applying for more funding in round two with applications to close on July 31.

“Every day of the week and twice on Sunday,” he said.

But Cr Wangman wouldn’t reveal what project the council had put forward for more federal cash.

Wodonga Council has to match the federal funding with the $10 million for central Wodonga improvements are included in forward estimates for next four years.