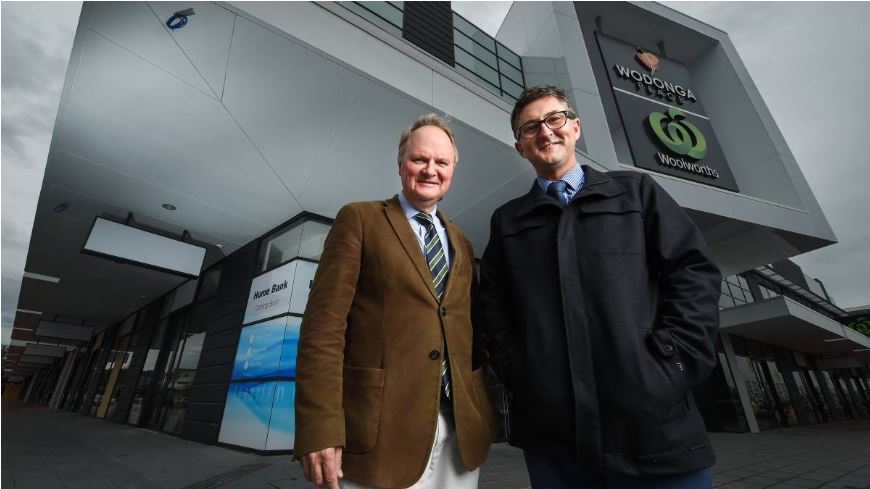 THE game of musical chairs which is retail shopping in central Wodonga is under way.

The recent opening of the Woolworths supermarket on the corner of High Street and Elgin Boulevard and the opening of Mann Central shopping centre on October 11 has sparked some of the biggest movement in the retail sector since the creation of Wodonga Plaza in the early 1980s.

Among those confirmed to be making the move to the Woolworths centre are the ANZ and Hume banks, Jannoel Florist, Optus and F45 gymnasium with the latter taking up one of three tenancies on level one.

Leasing agents LJ Colquhoun Dixon are also in discussions with a party to take up three more retail spaces facing High Street and another around the corner in Elgin Boulevard.

“It is all starting to happen,” agent Andrew Dixon said.

“We are still talking to people contemplating moving to Wodonga, but there is a bit of movement within High Street and Wodonga Plaza.”

The ANZ Bank is moving from its home in High Street which, according to Wodonga Council property records, was built in 1979 and sold on a lease-back deal in the late 1990s.

The Hume Bank has started a fit-out on the corner of High Street and Elgin Boulevard ahead of a start-up on August 21.

“We are excited to be moving our High Street and Wodonga Plaza branches into central Wodonga’s newest development, where we have the most prominent and central location,” Hume Bank manager Jason Woolhouse said.

“The new open plan branch design will follow Hume’s recently refurbished Olive Street flagship branch and provide customers with a modern space that aligns with the emerging needs of our customers and our community.”

Agent Corey Finlay said enquiry had picked up since the completion of the Woolworths supermarket.

“It’s a positive that you can physically see the developments and walk through them now,” he said.

“It has been spoken about for a long time, but you can actually see it all happening now.”

Mann Central developer David Maxwell said confirmation of the opening date had only recently been settled.

“We handed over to Coles this week for fit-out and we hand over Kmart next week,” he said.

“From there we were able to lock it down.

“Construction wise there is not much risk from wet weather any more.”