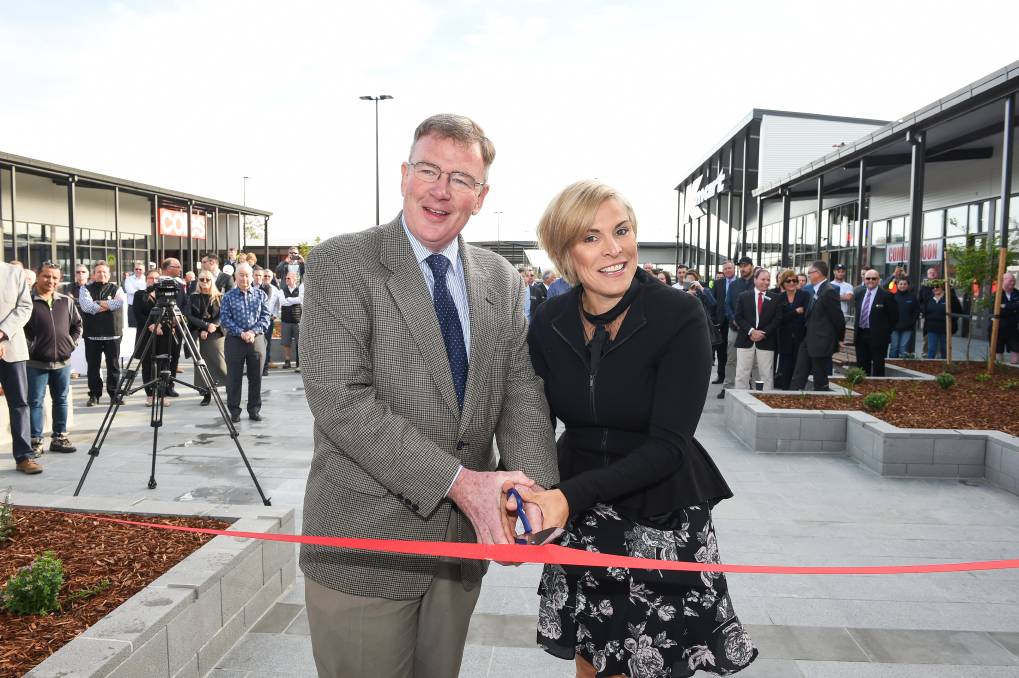 Six of Mann Central’s nine specialty stores already have ‘confirmed’ future tenants, with two businesses in negotiations for two of the remaining three spots, according to Centre Manager Guy Wynn.

Coffee Club, Albury Bakery, Stanley and Martin real estate, Orchard Road massage and mains and Yatai Sushi have all secured a storefront, with one tenant unable to be named.

Mr Wynn said there had been huge interest in the shops, especially in the lead up to Coles and Kmart’s opening.

“It’s increased significantly in the last month as they centre has gotten close to completion,” he said.

“Initially it’s difficult to lease off a plan but since the signs have gone up and people can see how it looks, the level of interest has increased substantially.”

Across the road, Wodonga Place’s 15 speciality stores have steadily filled, with the ANZ and Hume banks, Jannoel Florist, Optus and F45 gymnasium all moved in or in the process of moving.

Andrew Dixon of leasing agents L.J Colquhoun Dixon said they were currently in talks with a major potential tenant who was looking to take over three leases and a couple of other businesses including a beautician for the remaining shopfronts.

He said after current deals were finalised only two or three shops would be left.

Mr Dixon said he was pleased with the level of interest in the Wodogona Place vacancies.

“For so long that community draw has sat across the river with Albury,” she said.

“Now the city’s face matches its heart and vibrant community.”

Cr Speedie said investment from big businesses like Kmart and Coles were a credit to the developing city and would buoy the retail market.

Bruce Mann said the journey had been a long and difficult one but it was a dream come true.