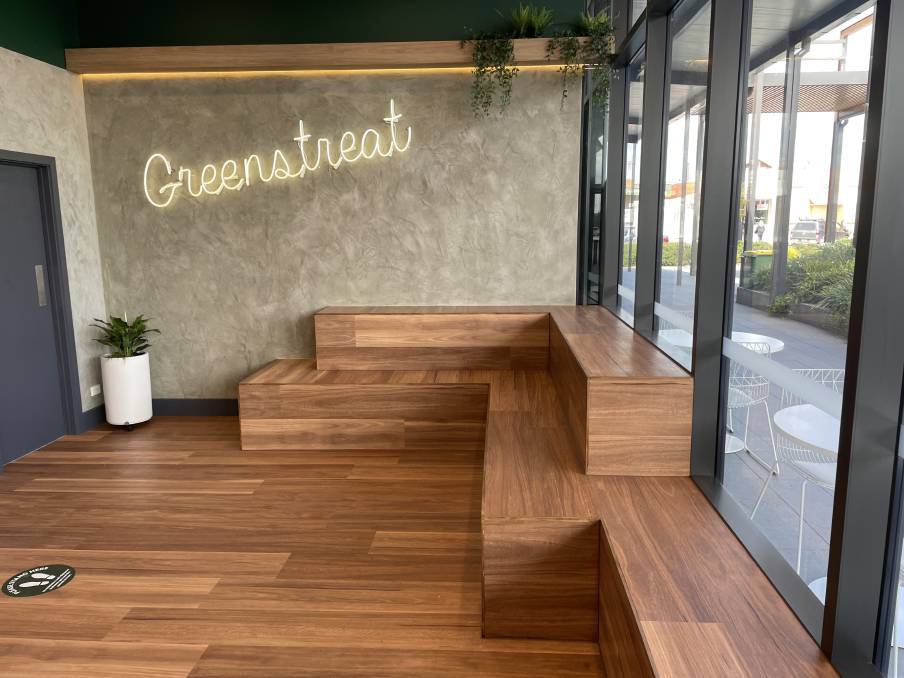 A Border eatery’s first day of trade in Wodonga exceeded the first week of its takings when it started in Albury.

Greenstreat opened south of the Border on Tuesday and owners said it was met with high demand.ADVERTISING

The original store opened in Albury’s City Walk Arcade in 2018 and has become an established healthier food option in the city.

Co-owner Jackson McGrath was blown away by the response in Wodonga.

“We knew it was going to be good, but we didn’t realise it would be this busy,” he said.

“It took about six months for Albury to get to what Wodonga did on the first day.

“We have so many loyal customers in Wodonga so we had to hurry up and get it done.

“With the growth of Wodonga, I think it has the potential to really rival Albury.”

The business had a soft launch at the Mann Central venue last Tuesday, but word got around before the official opening on Wednesday.

“It didn’t really work that way though because we got smashed on Tuesday. Everyone caught on pretty quickly,” Mr McGrath said.

“We pulled a few of the team across from Albury just to get through that first couple of days. It was probably 50 per cent experienced staff from Albury and 50 per cent were training.

“When you’re looking at a line out the door on your first day in a new store, it can be pretty daunting. We had a few pillars of strength that had seen that before.”

Mr McGrath said Greenstreat will remain closed in Wodonga on Sundays to begin with, but will eventually be open seven days a week on both sides of the Border.