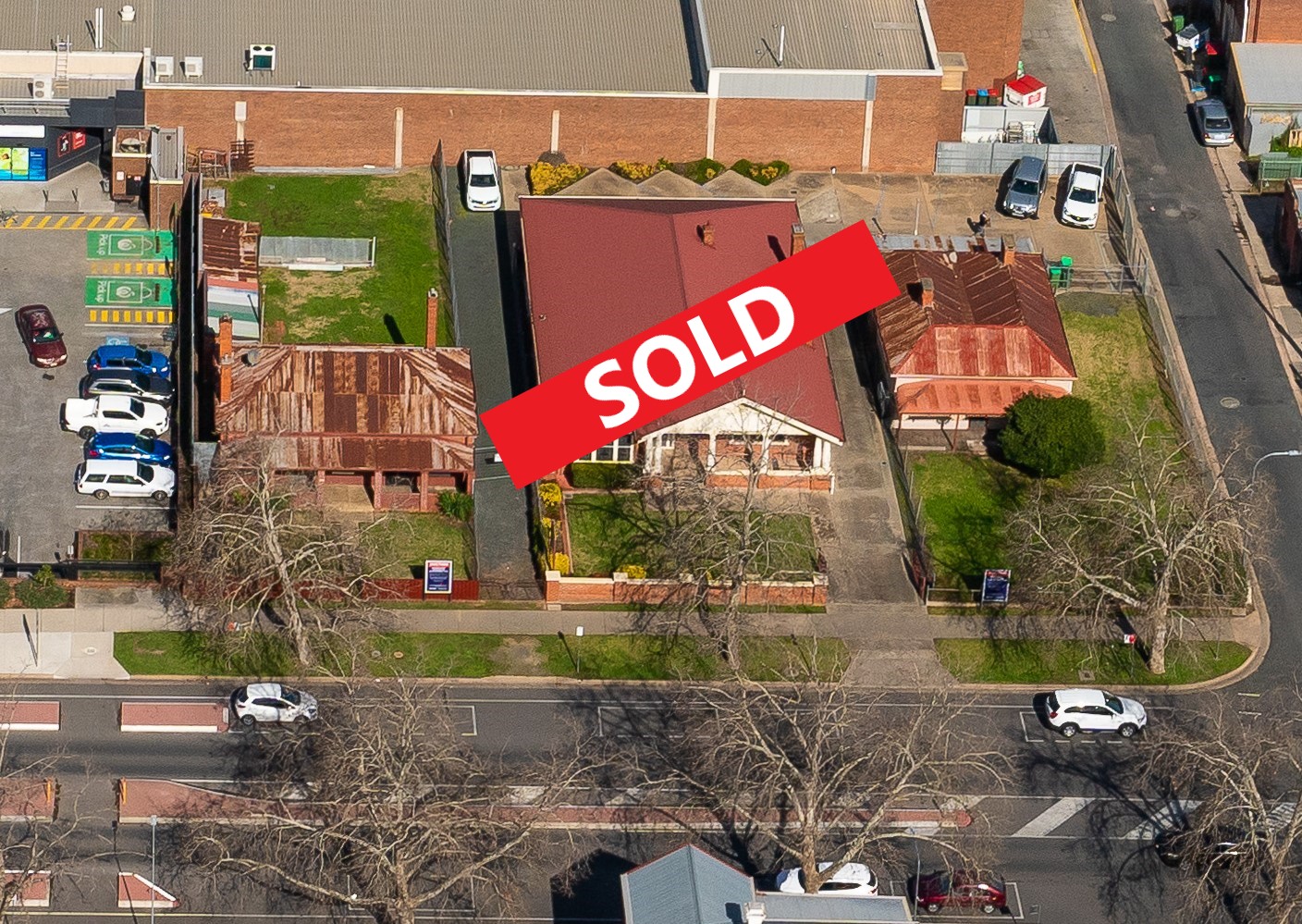 Albury businessman Colin Joss has pounced on a major development site in his hometown with tentative plans to create the city’s next multi-level residential and retail building.

Mr Joss was the successful bidder for 481-487 Swift Street when he paid $2.82 million in the auction conducted by L.J. Colquhoun Dixon on Friday.ADVERTISING

The property, consisting of Abikhair House sandwiched between two other derelict homes, was owned by the Abikhair family and follows another property sold in Mate Street, North Albury last week for $2.15 million.

There was only one other bidder on the Swift Street property, who kicked the auction off with an initial bid of $2.1 million after auctioneer, Andrew Dixon, submitted a vendor bid of $2 million.

The property was declared on the market at $2.5 million.

“Had we not been able to get this one we would have been looking around for something else.”

Mr Joss, who founded a hugely successful family-owned Albury construction and facility management business, is no stranger to property development.

The first commercial property he built in Albury was the Allawa Motor Inn in Olive Street in 1981.

The Swift Street property comprised a total area of 2035 square metres and backs onto the Woolworths supermarket within Myer Centrepoint.

Mr Dixon said it was rare for properties of this type to come onto the market.

“It’s a landmark site and people have been wanting to buy it for years,” he said.

“It’s probably a once in a 100-year opportunity to buy this particular property.

“It has a massive frontage to Swift Street and all sorts of opportunities for redevelopment.”

The Abikhair family’s link to the commercial heart of Albury was broken in January last year when Allan Abikhair died at the age of 84.

The family property portfolio interests expand beyond Albury into Henty, Urana and Culcairn.

A family-owned Art Deco home in Lindsay Avenue sold this year for $1.32 million.