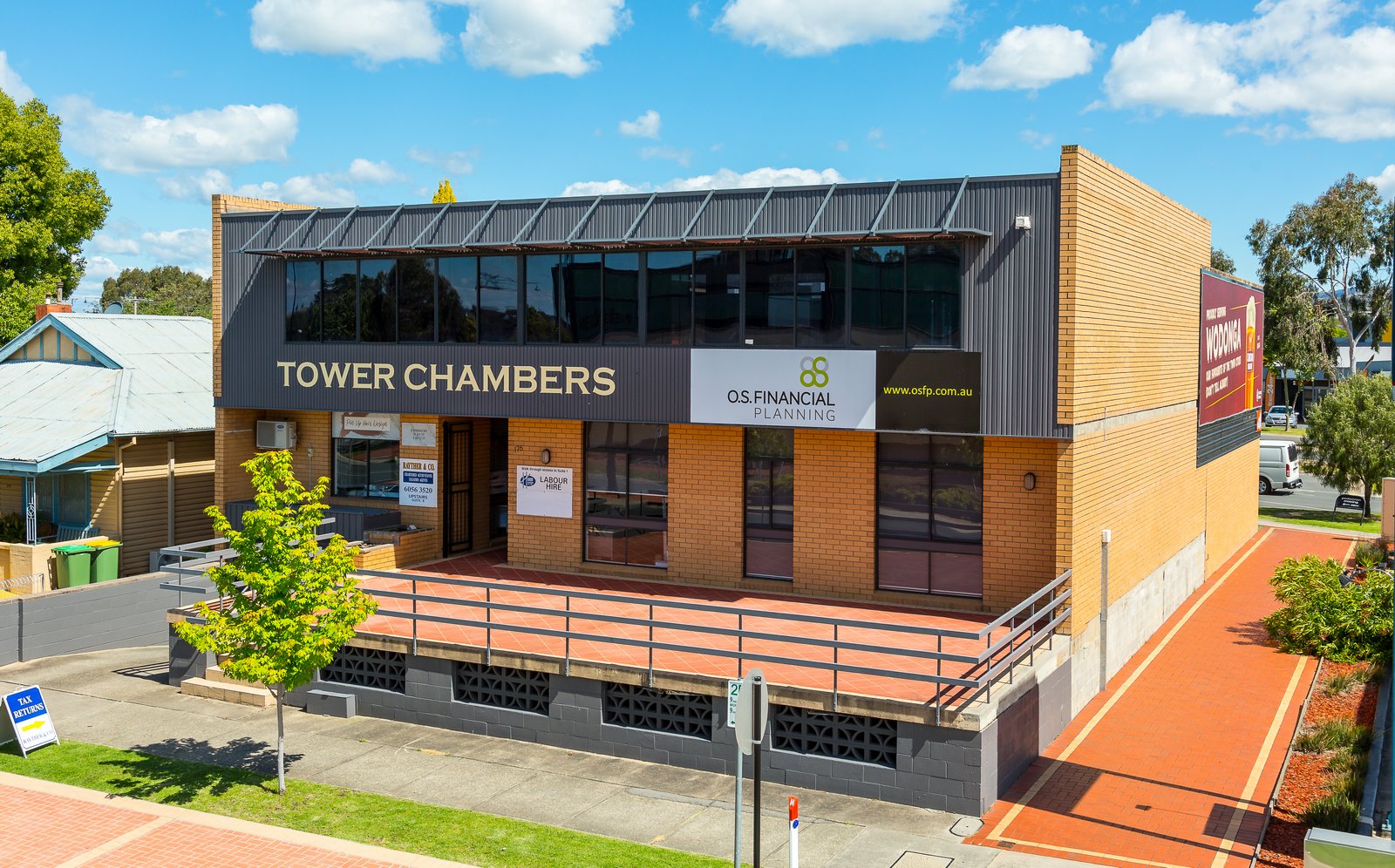 Tower Chambers, Wodonga sells to local investor for $1 million plus before auction

AN office block in central Wodonga developed in the mid-1970s by a former Tallangatta Shire president has sold for more than $1 million.

Tower Chambers, which has frontage to Lawrence Street and Thomas Mitchell Drive, was due to be auctioned on Friday by agents, L.J. Colquhoun-Dixon, but sold to an undisclosed Wodonga investor beforehand.

The two-storey property with underground parking was built by the late Norm Martin who died in 2012, aged 95.

He had three stints as president of the former Tallangatta Shire between the mid-1960s and mid-1980s in a council career which started in the 1950s.

Mr Martin had departed the local government scene for about a decade when the Tallangatta and Upper Murray councils merged to become Towong Shire in 1994.

He grew up in Bethanga and farmed in the area for 60 years and was also passionate about the Murray River.

Mr Martin was a life-member of the Murray Darling Association.

The potential rent return when the building is fully occupied is more than $100,000 per annum,

“It was a good result for all concerned,” agent Andrew Dixon said.

“It has been a pretty well established building since that time and generally been well occupied.

“There was a good interest with the sale finalised late last week.”

Meanwhile, Mr Dixon confirmed a party is close to finalising a deal to lease and occupy three shops facing High Street in the Woolworths complex.

The redeveloped supermarket opened in September and the ANZ and Hume banks, Jannoel Florist, Optus and Telstra are among the businesses to relocate to the shops which wrap around the corner of High Street and Elgin Boulevard.

The Culcairn Hotel and Burkes Hotel in Yarrawonga also remain for sale after being passed in at auction.