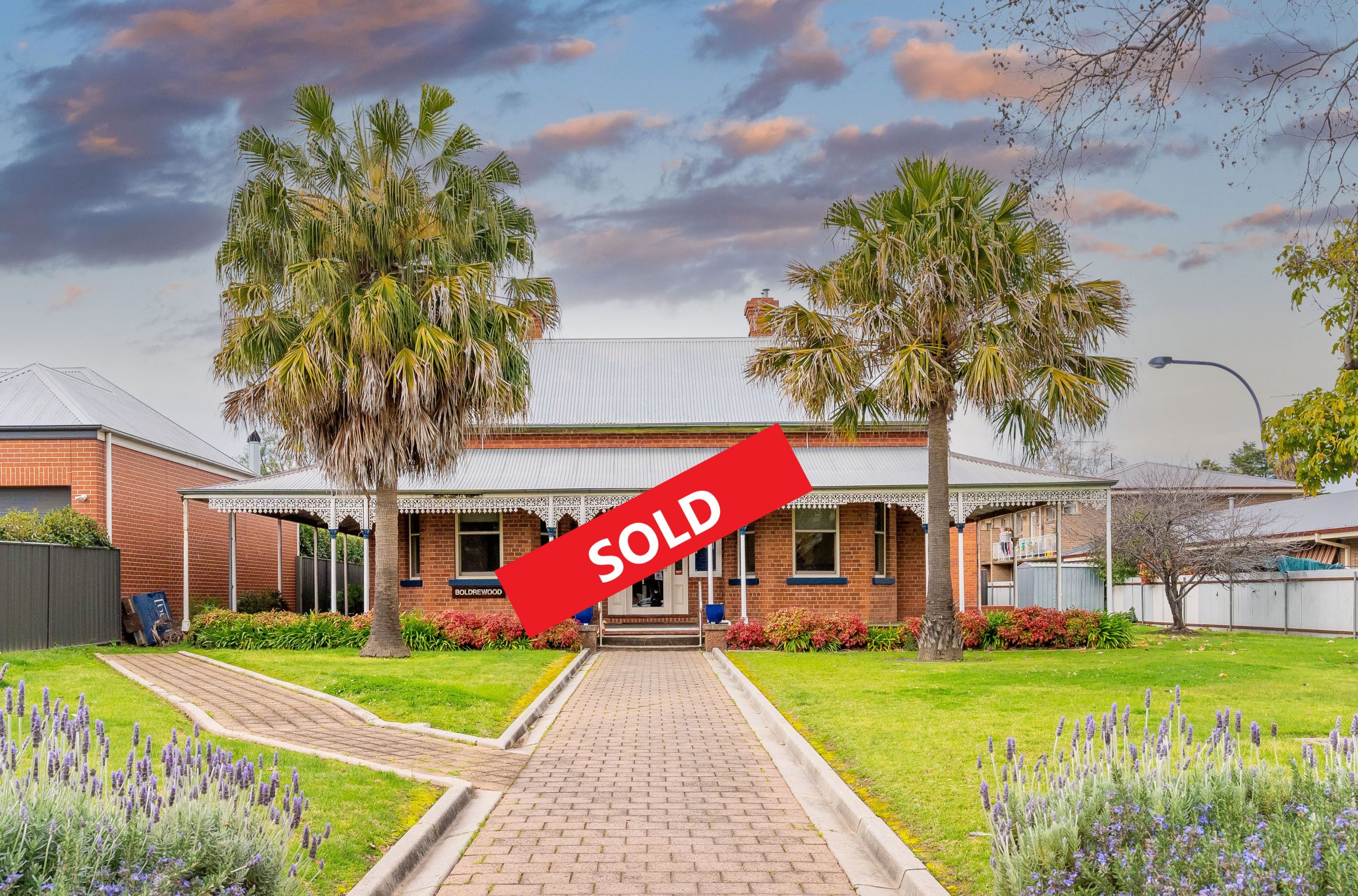 The Olive Street property sold for $1.505 million at the auction conducted by agents, L.J. Colquhoun Dixon with the successful purchaser from Albury seeing off one other competitor.

He was best known as Rolf Boldrewood, the author of the famous publication, Robbery Under Arms.

The 58-square building was part of Charles Sturt University before the central Albury block surrounded by Olive, Wilson, David and Guinea streets was developed by Garry Zauner in the early 2010s.

Brian Unthank’s livestock and property divisions moved into Boldrewood in 2013.

Mr Unthank died last year at the age of 85, but the livestock and property businesses continue to operate separately with sons Michael and Gerard in charge of livestock and daughter Susan responsible for real estate.

The latest successful auction continues a run of strong sales in the nearby area with another former CSU property in Olive Street, Flood Nagle, selling for close to $2 million and a 1472-square-metre block with subdivision potential in Guinea Street sold for $1.602 million.

Last Friday, a large development block in Swift Street belonging to the Abikhair family was purchased at auction by Albury businessman Colin Joss for $2.82 million with initial plans for a multi-level retail and residential development.

A vendor bid of $1.3 million kicked off Friday’s auction before rising to $1.495 million when auctioneer Andrew Dixon declared the property on the market.

“I think we had seven registered bidders all up and it’s just another really strong sale.”