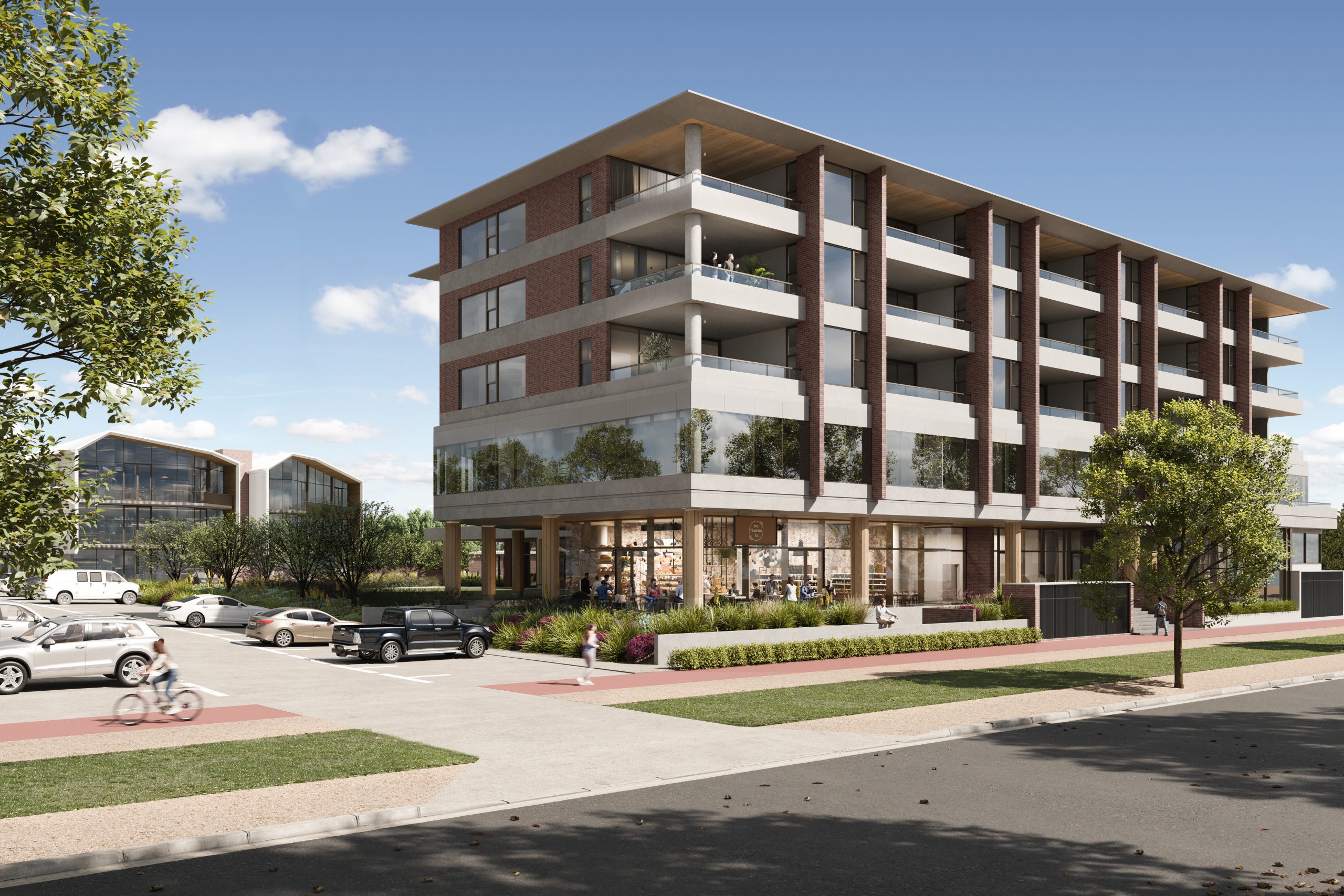 The developer of a major residential, retail and commercial property in central Wodonga is backing the border’s red-hot real estate market by making late adjustments to plans.

Sydneysider John Mooney has added another level to the building fronting Elgin Boulevard to be constructed in the initial stage of the $40 million plus redevelopment of the former police station, Richardson Park and swimming pool land which has sat vacant for years.

Initially, Mr Mooney had plans for ground level retail, level one commercial and two floors of apartments, but he has confirmed a third level will be built with an additional three residences.

He said the success of the Hamilton development in Albury had convinced him to make the late tweaks.

“Our project is a similar offering,” he said.

“It has got 30 apartments and previously we had 15, but have decided to put another three on the top floor and go for some super sized apartments.

“With the regionalisation boom that is going on I think we are providing the Wodonga market with something they haven’t seen before.”

He said work would start on the project titled, The Quarter, once an undisclosed number of pre-commitment sales in both residential and commercial had been attained.

Mr Mooney said he was also doing another similar residential project at Bendigo.

His property group, Criterion, purchased the Wodonga land from council in late 2019 for $3.55 million with stage one plans having planning approval.

He said he had no firm plans for the balance of the site which borders Stanley and Smythe streets.

Stage one consists of two main buildings with the north building with five levels facing Elgin Boulevard to include cafe, food retail outlets, the 18 apartments with two and three bedroom options, strata title office suites and basement parking for more than 100 cars.

The south building has three levels of offices with a total of 250 people to working from the site once fully tenanted.

LJ Colquhoun Dixon has been engaged to sell the office space.

“It is a unique offering in Albury-Wodonga,” director Andrew Dixon said.

“There is an enormous demand for strata office space, small office space for an accountant, tax agents, estate agents.

“It is coming mainly from existing businesses locally who have been leasing accommodation and wanting to buy their own.”

“We’re getting a lot of early local interest,” she said.

“Particularly from older clientele who like where it is, the quality of the build, but also what is going in Wodonga with our health services and pharmacies.

“We’re getting some really good traction.”

The Quarter is located opposite the Central Place housing development in the Junction Place site where plans to build a cinema are still in existence.