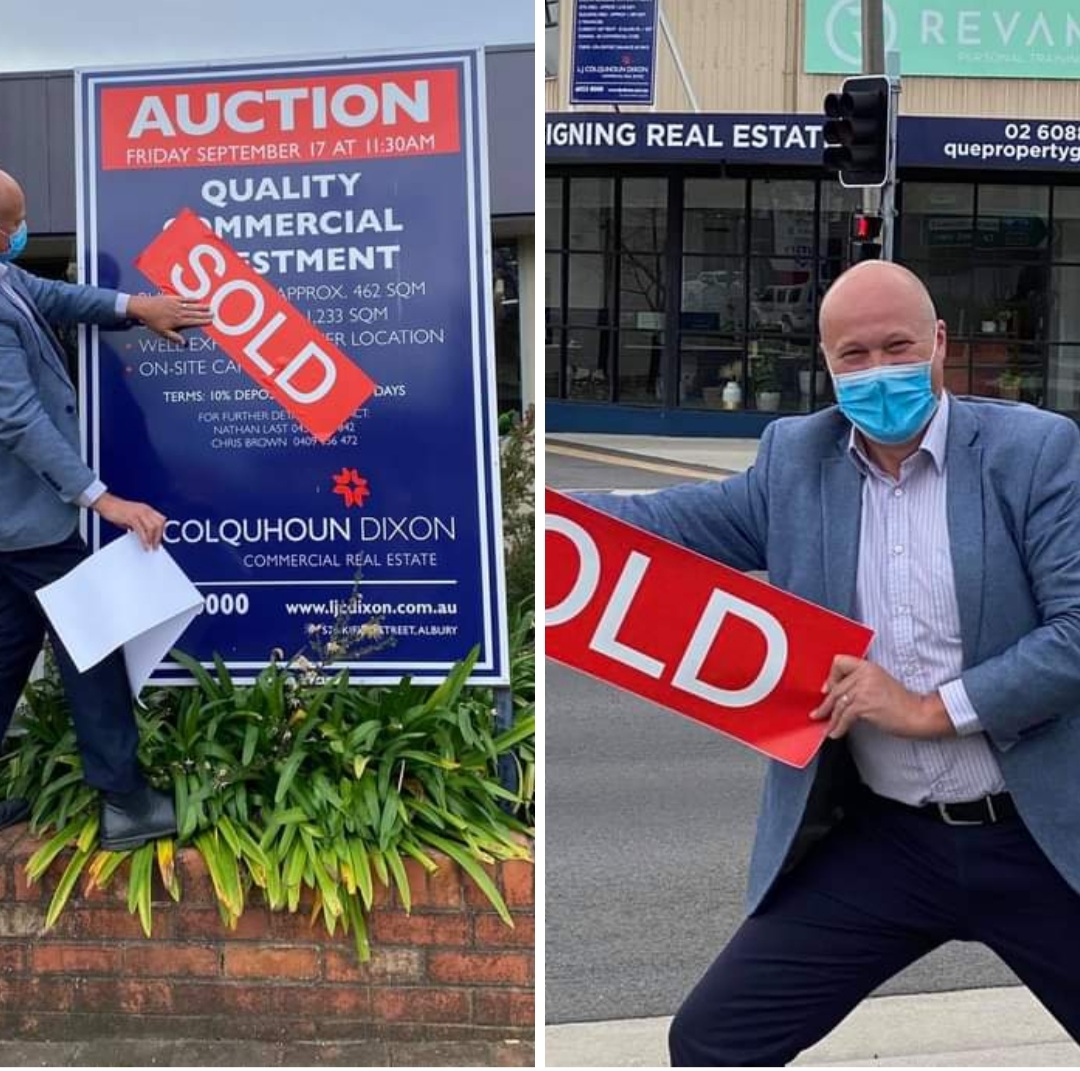 Two central Albury commercial properties have been sold for more than $2 million each after heated bidding in an online auction.

A property on the corner of Dean and Young Streets, which is leased by NQR, Revamp Fitness and Que Property Group, sold for $2.6 million yesterday.

The 1518 square metre site, which has been owned by two brothers for several decades, attracted a flurry of bids from two people as the auction was broadcast online.

The first bid of $1.95 million was made shortly after the auction opened, followed by a further 55 bids.

A bidder from Kergunyah and bidder from Corowa went back and forth for most of the auction.

Bids of $50,000 were initially accepted which dropped to increments of $1000 in the final moments.

The Corowa bidder almost secured the property at $2.59 million before being trumped by the Kergunyah buyer with the winning bid.

The property has 60 metres of frontage to Dean Street and 25 metres to Young Street, and generates $136,696 of rent from the three tenants each year.

It has previously been home to Autobarn and an upholstery business.

It followed the sale of the former ABC headquarters on the corner of Olive and Wilson streets for $2.01 million hours earlier.

The building, which was constructed in the early 1980s, housed the public broadcaster before its move to Wodonga and has also been home to accounting firms, legal practices and insurance brokers.

The site is now occupied by Wellways and Social Plus Support Work and was put up for sale by its Wagga owner.

Bidding opened at $1.65 million and went back and forth between bidders in East Albury and Kergunyah.

The Kergunyah buyer won the auction.

It last sold to the Wagga businessman in December 2016 for $1.5 million.

Auctioneer Andrew Dixon said the market had turned around at the start of the year as people sought to leave the capital cities amid coronavirus concerns.

The buyers of both properties wanted to remain anonymous, but are first time investors in the region.

The business leases will continue as part of the sales.

“This will continue as people continue to leave the capital cities and look at the big regional centres.

“Our market, which is commercial and industrial, is the strongest it’s ever been.”

The commercial market has grown with the residential market, which has seen several home sales above $1 million this year.