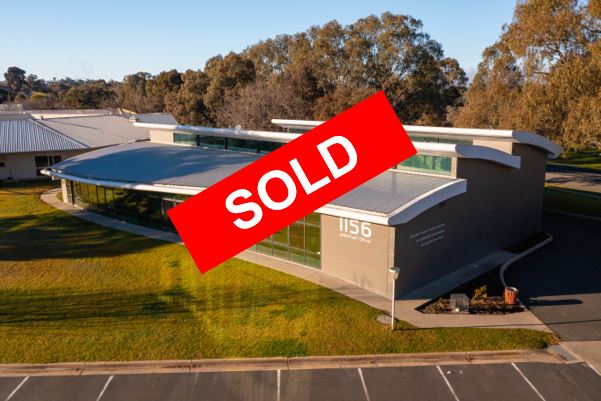 A SPECIALIST medical facility in West Albury has been added to the recent run of strong commercial property sales after selling for $4.185 million at auction yesterday.

L.J. Colquhoun Dixon was appointed as a conjunctional agent in the sale of the property sold to a Melbourne-based investor in a deal reflecting a yield of about 4.6 per cent.

The property was owned by Albury-based cardiologist Jan du Plooy, who has entered into a long-term leaseback five-year deal to 2026 with two further five year options.

The estimated net rental return is more than $190,000 per annum.

“But there was competitive bidding for the property.

“There were a couple of interested locals, but there were also bidders from Melbourne and Sydney.

“It again shows how strong the commercial investment market is.

“Buyers from Melbourne and Sydney are continuing to want to buy into major regional centres like Albury-Wodonga which has been the case ever since COVID started.”

The demand for commercial property in Albury has been on display in recent weeks with two CBD sites selling for more than $2 million.

They were a property on the corner of Dean and Young Streets leased by NQR, Revamp Fitness and Que Property Group for $2.6 million and the other was the former ABC studios on the corner of Olive and Wilson streets for $2.01million.

The national broadcaster occupied the building until relocating to High Street, Wodonga.

One of the most anticipated upcoming auctions coming up in Albury next month is two vacant, dilapidated buildings and Abikhair House at 481-487 Swift Street.

It is being auction by L.J. Colquhoun Dixon on October 15.

A week earlier another Abikhair family property on the corner of Mate and Fallon streets in North Albury will be auctioned.