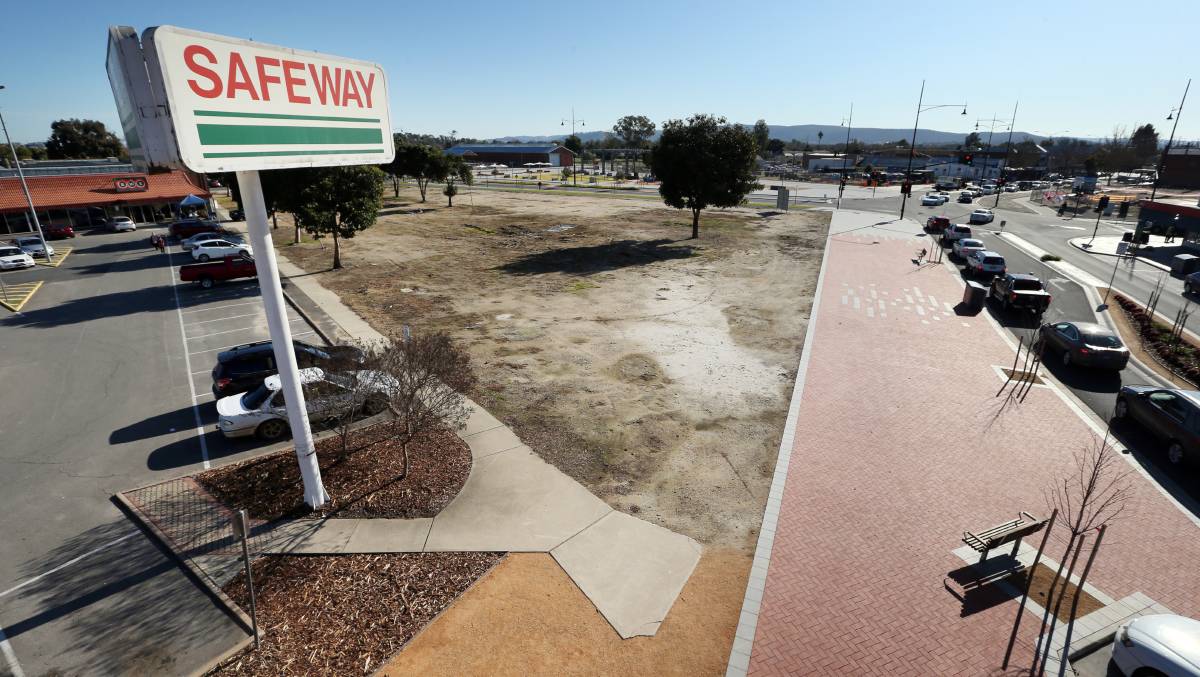 THE way has been cleared for a major revamp of Wodonga’s Safeway supermarket on the corner of High Street and Elgin Boulevard.

The sell-off follows the council advertising the planned sale after its October meeting and not receiving any submissions.

Council chief executive Patience Harrington said the land had been divested to AW James Pty Ltd, but ratepayers would not be told its selling price.

“This is something where we’ve got to respect, commercial in confidence, it’s something all local governments have to do and it’s a requirement of business negotiations,” Ms Harrington said.

The Border Mail asked Woolworths a series of questions about its plans for the site.

They related to the timing of the project, its value, the cost of the land, the prospect of new jobs and whether the revamp involved a new supermarket or a makeover or extension of the existing premises.

Woolworths declined to give direct answers, noting exact details for the site were still being determined ahead of a development application to the council.

“Woolworths is working towards finalising a development proposal which would bring a new convenient community-based shopping precinct to the heart of Wodonga,” a spokesman said.

“We’ll be in a better position to communicate our proposal with the local community in due course.”

Ms Harrington said the company had not given the council an indication of when a development application would be lodged.

“Certainly they are keen to move on it, but we don’t have any dates,” she said.

“With the amount of interest in and around the central business area making sure developments occur in a timely manner is a council priority.”

Ms Harrington said any plans for the site would have to meet the council’s planning scheme and central business area revitalisation plan.

It has been suggested the revamp of Safeway could be worth up to $20 million with other shops included as part of the project.

The then Woolworths-branded supermarket opened for trading in March 1977 after having been built on the site of the city’s council chambers and the Melba Theatre.